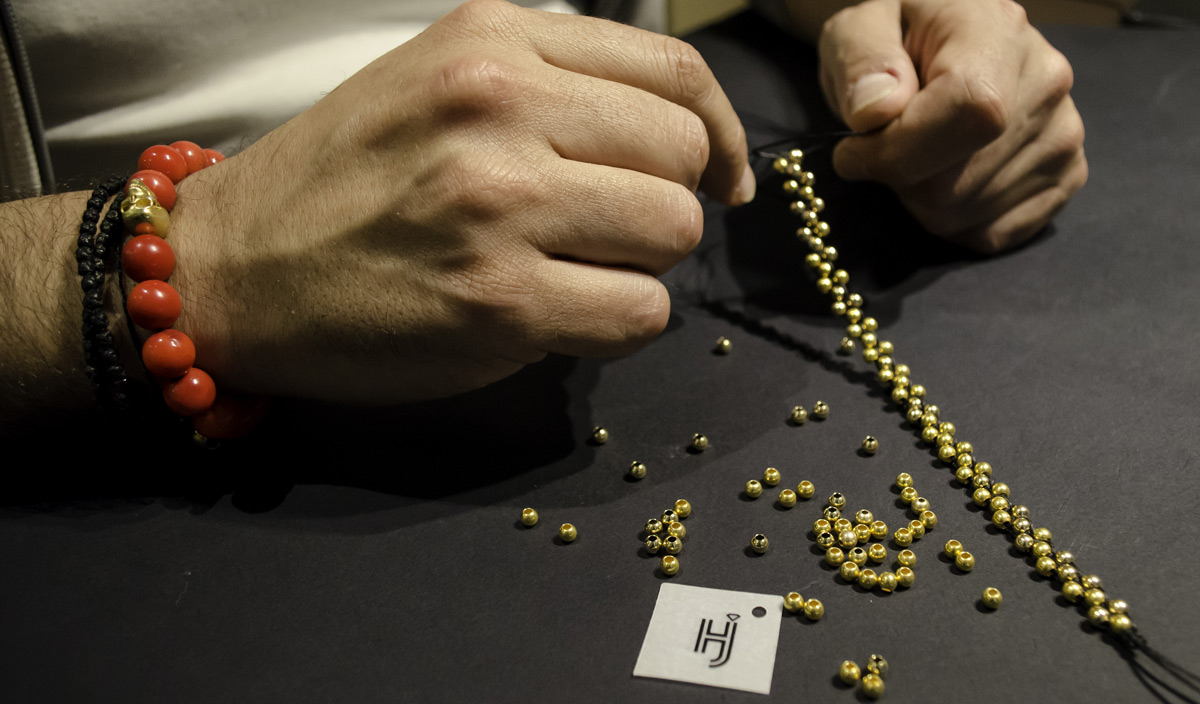 From Lesvos to Mykonos and to the World...

It all started when Harris Mestros was just a kid in Lesvos. Back at those times, where massiveness in jewelry production did not exist and each jewel was really unique -usually a family inheritance. For him it seemed magical how a pendant, a necklace, a bracelet or a ring could transform an outfit or even a person from one minute to another.

He just loved and admired those stylish people who managed with a single jewel to take off their appearance and create a distinctive look and he was always dreaming and desiring to be one of them.

In quest of for unique jewelry for himself, he realized that there were not available in the Greek market many stylish & unique jewelry for a guy. he began to design & hand make some jewelry as an expression of his creativity, but mainly as a personal need: making them for himself to wear. Then, he created some jewelry for a few close friends and then for many others, as people were really admiring the jewel he wore and wanted to know where they could buy these jewelry themselves. And people were really impressed when he told them that he had designed and actually made them with his hands, entirely on his own. So everyone slowly started to urge him to take it more ... seriously. It was in 2012 when he decided to leave his career and make his hobby a profession and starting to share his creations with the world.

We are... Harry Jwls Jewelry.

Established by the Greek designer Harry Mestros in 2012 and based in Mykonos, Greece, where our flagship store is. Not really a jewelry store, rather an artist’s studio, a place of artistic inspiration. A space as unique as the handcrafted jewelry that it hosts, hidden amongst the little pedestrian streets of Mykonos, in Agiou Gerasimou Street! No way to miss it, as when you pass by, you will immediately feel an intense allure, an almost energetic attraction, coming from this little, white arty place. Here is where you will find our inspired designer himself, surrounded by his gemstones and supplies, magically trans¬forming them by hand, with exceptional mastery and imagination, to unique pieces that are small works of art.

New ideas are born almost daily, in our creative atelier where all Handmade Art Design HJ Jewelry are inspired, designed and created by Harry.

We make... unique & exclusive jewelry that make a statement.

Handcrafted creations designed & made by hand by Harry Jwls. Each piece is a genuine artwork with inspiration and a soul, exuding its own special personality, while very often holding a very special symbolism too. Veritable objets d’art made with semiprecious stones and noble metals from all over Greece and other parts of the world -from Africa and the Indies to Thailand and Bali. Fused harmoniously with many exclusively designed & modernized Ancient Greek symbols -from dolphins and spirals to minotaur -thus creating an explosive energetic force that magnetizes everyone.

Agate, onyx, lava stones, hematite and turquoise are just some of the stones, that you will see in our original creations, ranging from necklaces, rosaries and pendants to elegant bracelets and impressive rings for men and women who want to stand out for their style and finesse.